George Vernon Stokes.became recognised as an artist and illustrator in the first decade of the twentieth century, working for publications such as The Graphic, The Sphere and the Sketch.  He had become a member of the Royal Society of Miniature Painter, Sculptors and Gravers in 1896, at the age of 23, and at the time photographic reproduction of illustrations was still in its infancy, and those working as commercial illustrators had to understand the traditional methods of  printing, from etching, engraving and lithography.

1906 was a significant year for Vernon Stokes, as it  saw the publication of a small but prestigious volume, 'My Dog' for which he provided colour illustrations, and another very different work,  'British Dogs at Work'. 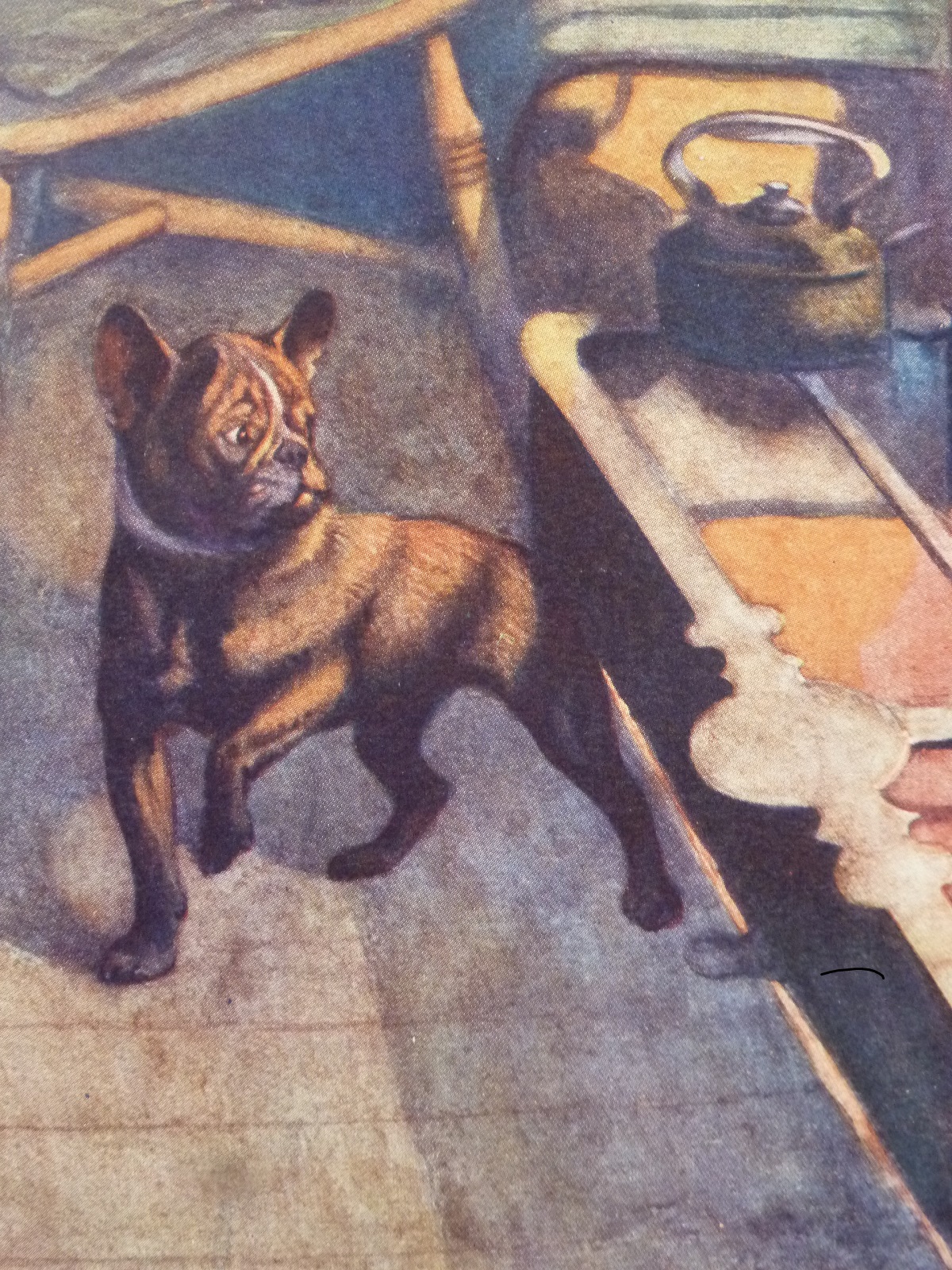 My Dog, by Maurice Maeterlinck, tells the sad story of a French Bull Terrier, given to the author by a friend.  Maeterlinck had gained international recognition for his poetry, philosophy and the the play 'Pelleas and Melisande', and the dog was named Pelleas.

British Dogs at Work, in spite of having a very practical approach in the text by A. Croxton-Smith gave Vernon Stokes the opportunity to show his talent as an artistic illustrator. It is evident from the lay-out that he must have been involved with format and presentation from  the earliest stages of design and production. The binding is decorated with a spaniel and pheasant on the spine, and on the fromt a relief print of a pointer.  Twenty different dog breeds are described and each is designated a colour plate with a protective sheet of lighter paper printed with a vignette referring to the particular breed's job: a fox for a foxhound, for instance. It is gives a delightful insight into the part dogs play in the history of the British countryside.

From the early 20th century a select number of women artists began to make an impact in the milieu of animal painting. The English aristocracy's passion for field sports, and their devotion to the ani...