From the early 20th century a select number of women artists began to make an impact in the milieu of animal painting. The English aristocracy's passion for field sports, and their devotion to the animals which enhanced it had long provided rich subject matter for artists with a talent for horses, dogs and game, but although Alfred Munnings held a dominant position in the world of equine portraiture, his slick, impressionist syle left an opening for artists with a more careful and accurate appoach, and who were accessible to clients with less deep pockets than the patrons of Munnings. One of these was F. M. Hollams, (1877-1963). She is described by Stella Walker, in 'Britsih Sporting Art in the Twentieth Century' (London 1989):"Always a lightning artist, after looking at a horse for only five minutes and making a few sketches on pieces of wood in her paint box, ....the first picture would be completed by the end of another week."  Her chauffeur would apparently have been commissioned to collect samples of the horses' manes and coats. Walker comments that Hollams 'had to compete with such outstanding exponents as Munnings and Lionel Edwards',  but their respective styles were so different the comparison is hardly relevant.  Hollams filled a need for lifelike reminders of treasured horses and dogs for customers who probably had little interest in art, but the results have an almost iconic appeal, and represent a way of life that changed for ever after the first and second world wars, when the country piles with stables full of horses, which she visited in her large car, started to decay and be sold off when their incumbents could no longer afford their upkeep. 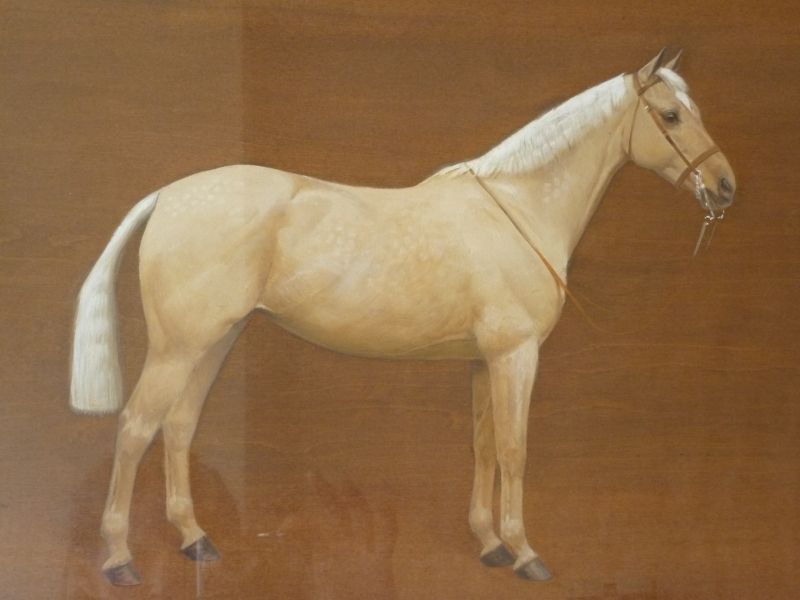 The prices achieved by the artist F.M, Hollams, sometimes referred to as Frances Mabel, sometimes Florence Mabel, have shown a marked and consistent increase in recent months. Individual sales in the last twelve months include 'Donzelon' and 'Reynoldstown' fetching £3750.00 and £4750.00 respectively at Christie's July sporting sale in London and 'Statesman', £4000, from the December sporting sale.  Hollams is also popular in the USA, and good prices have been achieved at Christie's New York. One of the best collections of work by Hollams can be seen at Calke Abbey in Derbyshire, the property of the National Trust. 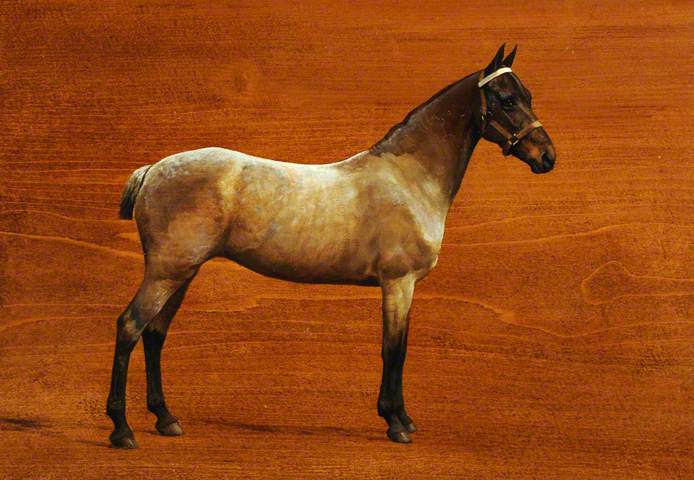 'Roan Horse', oil on board, The National Trust at Calke Abbey